In addition to the original charges filed by the Rockland County District Attorney’s office which consisted of:

The Rockland County District Attorney’s office filed supplementary charges and obtained a warrant from the Village of Airmont Justice Court against Brian Downey for the following charges on behalf of the People of the State of New York:

The defendant has not been arraigned on this new warrant in Airmont and is currently in custody in the Rockland County Jail.

“I will echo my sentiments on Thursday about this unfortunate incident. Anyone who takes an oath of office to serve the public and is entrusted to by their community to serve its constituents should have integrity beyond reproach.

This fluid investigation involving the Rockland County District Attorney’s office and our Federal partners (HSI, ATF, US Postal Inspector) has resulted in the arrest of a public official who violated that oath of office and betrayed the trust of the public whom he swore to serve. I pledged during my campaign that I would be a District Attorney who would act without fear of favor. This investigation is a primary example of my promise to root out public corruption and those officials who use their right hand to take their oath and utilize their position of power to violate the sacred trust of those they swore to serve.”

This investigation is ongoing.

The Rockland County District Attorney’s Office will be transparent during this investigation as we continue to work collaboratively with our law enforcement partners to safeguard the public trust. I will make sure that all public officials that serve the citizens of Rockland never betray those that have entrusted them to look out for their best interest,” said District Attorney Thomas E. Walsh II.

The Rockland County District Attorney’s office would like to thank the Southern District of New York, Homeland Security and the United States Postal Inspector Task Force for their assistance with this case. The Task Forces from those respective Federal Partners also consists of members from the ATF and NYPD Intel. In addition, we would like to extend our deepest appreciation to the Ramapo Police Department who provided resources to our office with the apprehension of the defendant and executing the search warrant. The cooperation between our respective law enforcement agencies is paramount to ensuring public safety and the District Attorney would like to commend all involved. 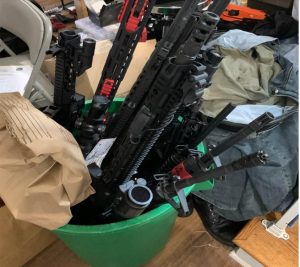 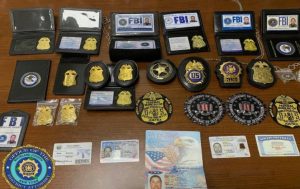 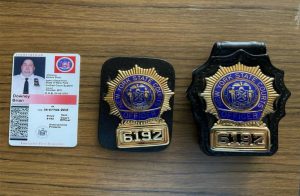